Ozone Therapy – What is it?

I have found ozone therapy to be of great benefit for my health, and would like to share more about it here:

A widely used remedy is starting to be used more and more here in the United States. This remedy is so powerful, so efficient in what it does, that it may reform the practice of medicine. The substance is ozone! It is antibacterial, antiviral and kills protozoa. It works by releasing oxygen into the blood stream when applied externally, intravenously, rectally or vaginally.

In 1740 Schonbein discovered ozone, although he did not know or understand its structure. The discovery was enlarged upon in 1891 with the determination of the ozone molecular formula. Observation soon revealed that ozone reacted with and destroyed bacteria and other organisms. During the first World War, the application of ozone to war wounds served primarily as a disinfectant. In 1934 the dentist E.A. Fische and the surgeon Erwin Payr found that ozone saturated water was a great bacteriacide and began using it. This usage slowed temporarily because the ozone would quickly destroy the rubber tubing it flowed through. The arrival of Teflon and poly-vinyl tubing overcame this inconvenience.

Today the largest commercial use of ozone is in the purification of water. Both the FDA and EPA certify ozone as destroying 99.9992% of all pathogenic germs, while oxidizing (destroying) 99.9992% of all pollutants in the water at the same time.

Ozone (O3) is an allotropic form of oxygen: it is oxygen in its most active state; it therefore means a more generous supply of oxygen, the life giver.

Through the action of the flashes of lightning, and the photochemical reaction of the UV light of the sun on atmspheric oxygen, nature produces ozone for the purpose of purifying the air, and to destroy all organic decay upon which disease germs and bacteria thrive. Like oxygen, ozone is a healthful gas. It has, however, much greater oxidizing, antiseptic and germicidal power and for this reason is being used with great success for the relief of various diseases. Recently, the FDA and EPA have been telling the public that ozone is poisonous, and detrimental to the body. This is not so! For years physicians around the world have used ozone for bringing palliative and curative results to many, many individuals. Ozone is one of the most energetic and useful agents known to science. Its therapeutic action is due to oxygenation of the blood by the loose molecule (free radical) of oxygen in the O3 compound. It is carried to the various organs and tissues of the body and absorbed, thus oxidizing the waste products, and facilitating their elimination. In other words, ozone increases the metabolism without the expenditure of vital energy and special stress should be laid on the fact that ozone is a NATURAL remedy.

In the process of respiration, waste products are exposed to the action of the oxygen of the air, and they are burned up very much as if they were put into a stove, thereby producing body heat. In the living body, heat, whether tangible or not, is continually being generated through the chemical action of carbon and oxygen.

When the blood receives sufficient oxygen to unite with the carbon, carbon dioxide (CO2) is formed, which is in a suitable state to be eliminated. The process of oxidation is complete, the body temperature maintained at normal (98.6 F), the organs perform their functions properly and the system is in a condition to resist the toxic influences of microbes, environment and mankind’s excesses.

When, however, an insufficient amount of oxygen is received by the blood, carbon monoxide (CO) is formed, which is NOT readily eliminated, and through its poisonous influences, trouble begins. Carbon monoxide is a DE-oxidizer. It acts as an irritant to the organs, the body temperature is reduced below normal and the system is rendered incapable of resisting the toxic influences of various bacteria, viruses and environmental toxins, and disease is the result. So prevalent is subnormal temperature among people who are called ‘run down.’ that nine out of ten of them will show a subnormal temperature by actual thermometer test.

There have been several reasons given for subnormal temperatures in recent years: they range from ‘thyroid insufficiency’ to ‘hypothalamus disorders.’ These explanations are correct, but only to a degree. The CAUSE of the problem is low and inadequate oxidation. Therefore the thyroid, hypothalamus, or endocrine organs (given as the cause) are hindered in their normal metabolic function and the sub-normal temperature is the result. The correct way to counteract this situation is to give a substance that will restore the oxidative process.

The clinical thermometer is the best means of determining the existence of underoxidation and should be used routinely. The temperature of one who is underoxidized will be found to run from a fraction to several degrees below normal.

After careful analytical investigation of disease, it has been demonstrated:

1. That one of the most common important conditions that the person is called upon to correct is weakness produced by an impoverished or diminished blood supply.

2. That under-oxidation produces bad health primarily because of an insufficient supply of oxygen that makes certain the formation of carbon monoxide, which is at once a de-oxidizer, a hemoglobin destroyer and an irritant poison devitalizing the blood and paving the way for a multiplicity of acute troubles, many of which run into chronicity.

Almost all forms of nervous, functional, respiratory and blood disorders can be successfully corrected by oxidation restoration. The effects are perfectly natural, the nerves being left calm and toned with a feeling of buoyancy and exhileration. It stimulates the vasomotor system through the nerve centers, which fact is clearly shown in the increased redness of the skin, a feeling of warmth in the whole body, and waste products being more freely eliminated. The ozone treatment shows that poor oxidation is the cause of many disorders, by reason of the fact that when the temperature is brought up to normal, the problems disappear.

Another aspect of ozone therapy that is understood by almost nobody in the medical community is the ability of ozone to oxidize almost instantly anything of a plant physiology. This is paramount importance when you consider the work of the great German biochemist Dr. Otto Warburg. He discovered the cause of cancer in 1923 and received his first Nobel Prize in 1931 for doing so. Dr. Warburg demonstrated that when the level of oxygen available to the cell drops below 40% of normal, the cell, in order to survive, begins to ferment the sugar anaerobically. The regulatory mechanisms on cell replication are shut off, and the cell begins to make copies of itself wildly. The growth of cancer cells is supported by fermentation which can be initiated only in the relative absence of oxygen.

Ever since Warburg’s discovery, researchers have been attempting to stop the fermentation process through drugs, radiation and surgery, which in some cases, has been temporarily successful. Although the National Cancer Institute verified Warburg’s theories in the 1950’s, very little work has been done to determine the causes of the lack of oxygen in our cellls. We must determine ways of getting more oxygen to all of our cells to prevent the initiation of the fermentation process.

It is unfortunate that up till now the U.S. authorities have been painfully slow in their investigation of the beneficial uses of ozone. The Sixth World Ozone Conference held in Washington D.C. during May, 1982, produced many astounding papers on the medical uses of ozone. They ran the full gamut of topics from cancer to herpes to rheumatoid arthritis, written by the world’s recognized specialists in their fields. These papers concluded that:

1. Ozone removes unwanted bacteria and viruses from the blood, the same way it does with water.

2. The possibility of becoming infected with hepatitis, HIV virus, syphilis or other infectious diseases through blood transfusion could be eliminated by the use of ozone.

5. With ozone cancerous tumors, lymphomas and leukemia may be eliminated without the use of surgery, radiation or chemotherapy.

6. Ozone is highly effective for all forms of rheumatoid and arthritis collagen diseases.

7. Ozone is very effective for allergies of all types.

8. Ozone improves multiple sclerosis, and other neurological diseases, senility, as well as in Parkinson’s disease.

9. External use of ozone is very effective in treating burns, acne, leg ulcers, open cuts and wounds, eczema, fungus and other skin disorders.

11. AIDS, herpes, hepatitis, mononucleosis, and cirrhosis of the liver have been successfully treated with ozone.

12. The application of ozone is virtually painless, , has no adverse side effects and is extremely cost-effective for both physicians and patients.

13. As of 1994, sixteen countries allow the use of ozone therapy. In a study Germany, of all the millions of treatments, there have only been four deaths reported, with only 40 persons having side effects.

Most people are puzzled as to why something with this potential has not be used in the United States before now. In order to understand this, one has to examine how medicine has evolved over the past 100 years on two continents; Europe and America. In the late 1800’s, the way medicine was practiced in both areas was very similar, though quite diverse. Doctors on both continents were taught many different techniques of healing including herbal medicine, potions, manipulations, diets, purges, colonics, as well as drugs, and surgery. These physicians practiced holistic medicine in its original form. The divergence began in the United States with the discovery of insulin and penicillin in the 1930’s. In close conjunction with the rise in power of the drug companies is the ever increasing policing of all medical therapies by the FDA along with the development of the healthe insurance system. Today’s American doctors get practically no training in therapies other than drugs or surgery and are discouraged from practicing any alternative therapies. On the other hand the European system nurtured diversity in which pharmaceutical development, as well as alternative treatments, were encouraged. This is how ozone, as a medical treatment, was allowed to develop in Europe, but did not find fertile ground in the United states, after 1933. Ozone is not patentable. Thus, there is no money to be made in its research and development as a treatment since it cannot be protected. Money is what makes things happen in the United States, thus ozone hasn’t happened. However, with the development of the AIDS crisis, many physicians in this country have been prompted to study the work done by clinicians in Germany and attempt to duplicate their results. The FDA has actively persecuted doctors who have used ozone therapy. In spite of this, there is a growing network of physicians who have been using this efficacious therapy. 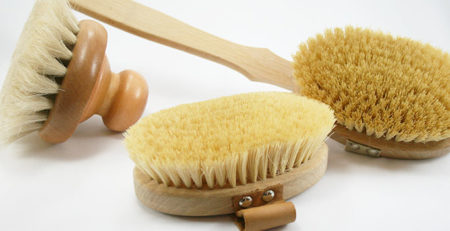 The skin is an organ of elimination just like the kidneys and the colon. More than one pound of... read more